This is an archive of a consumer complaint published against Derby Family MedCenters, PA at DirtyScam.com-

My family of five were patients at this doctors office for nearly five years.We always thought very highly of Derby Family MedCenters, PA, especially the doctors and the expanded hours it was open.We moved away for a couple of years but moved back to Derby last year.Upon arriving back in Derby last summer, I attempted to reestablish care with my old doctor at this office.I was told they were not accepting new patients, even previous patients.About 4 months later in the Winter I inquired if they were accepting new patients, I gave them my family information and again was told they werent.A few days ago I called and asked if they were taking new patients and they said yes, but the receptionist would have to send my family info to doctor first before being accepted.So I had to provide the names, birthdates, and medications everyone in my family is on to the receptionist.A few days later she called and said that the doctor cannot accept my family as patients at this time.So basically, even though they are accepting new patients, they only accepts ones they want to deal with and for whatever reason my family didnt pass the screening process.Im trying not to take this personal but when you have the same doctor for five years and they tell you they no longer want to see your family, its a little hurtful.I asked the receptionist what the reason for denial was and she said the doctor didnt provide one.I dont know why this doctors office in particular discriminates against certain folks but I find it slightly unprincipled and unprofessional.We never had any issues in the past and always paid our copays and balances due on time.I could understand if I had a bad record with the office in the past, such as I didnt pay bills, had issues with the staff, etc., that I wouldnt be welcome back.But because we had no issues, the only thing I can think of is my family is being discriminated against at this office because of the meds we are taking.In contrast, I called Tanglewood Family Med Center, asked if they were accepting new patients, they said yes, and we got right in.We didnt have to go through a two-day screening process or preapproval.It wasnt until the initial appointment that the nurse even asked if my child is taking any meds.However, at Derby Family Med Center, they wanted to know the patients medications first, before they would accept them into their care.So, as I said before, the doctors here discriminate against folks based on their current prescribed medications.In all honesty, after going through this, Im glad Im no longer attending this office.If I knew these crappy discriminatory policies were in place when we were patients before, I probably wouldve searched for a new doctor then.Anyway, if you want to go to this office, good luck on passing their questionable and slightly unethical screening process. 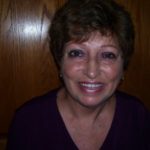