This is an archive of a consumer complaint published against Deseret First Credit Union at DirtyScam.com-

HORRIBLE! Deseret First Credit Union is the worst out of all financial institutions in Utah.I have an intimate knowledge of the credit union, and believe me DFCU has unethical and deceitful practices.This is the most polite way I can put it. Save your time and money and go to a full-service Credit Union thats more professional.DFCU is an amateur little league credit union at best. Its understandable that they might make a mistake or two (or several in my case) that causes you significant problems, but whats not okay is the lack of any effort whatsoever to make it right.”Do Whats Right apparently does not apply here. That is why DFCU has a 3.5 star rating on Facebook, while others like America First has 4.5 stars.Anything below 4.0 star is considered a miserable failure of the business to adequately address the concerns of their customers.DFCU is obviously offending the masses, not just a handful of people.Does the upper management even care or even trying to do anything about it? 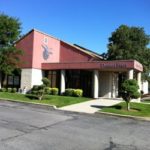