This is an archive of a consumer complaint published against Diane Sun  Wise Financial Services & Realty at DirtyScam.com-

Diane Sun is extremely unethical businesswoman and I would strongly advise anyone from doing business with her.My partner rented an executive home in Los Altos Hills from her, and it was a hellish nightmare we had to escape due to her extreme negligence.The home was not well maintained, and had some serious plumbing issues.She refused to make necessary repairs on the plumbing instead opting for quick fixes.Over the course of 11 months we had raw sewage in the home more than 8 times, often for a week at a time as she refused to fix it professionally, instead opting to try to fix it own her own or get the lowest bidder.Additionally, she refused to remove a large wood pile that led to a giant rat infestation within the home, and we could hear the rats gnawing in the walls at night.This went on for many months but she refused to fix it for several months which led to the infestation.Finally, wed had enough and called the County Health inspectors.We should have done this months ago, but you dont expect someone to be so willfully negligent, especially for a home with high rent in Los Altos Hills.They found raw sewage leaking into the ground and (a giant rats nest) under the house and the health officials came back each day to ensure she finally fixed the problem.Meanwhile they told us this was the worst case of landlord negligence they had ever seen, and that it was not safe for us and our kids.Throughout the course of the year dozens of , septic tank specialists and plumbers would come out and try temporary fixes to unclog the drains, but she would often refuse to pay them after they told her major repairs were required.After yet another incident of raw sewage in our tubs for 5 days, my partner had to be taken to the emergency room with mild sepsis.What a nightmare. She operates as a slumlord, even to the detriment of her tenants health. 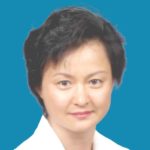