This is an archive of a consumer complaint published against Diane W Fulmer, CPA at DirtyScam.com-

Setting up new business relationships, explaining processes, establishing protocols and data sharing methods, etc all take time.Id recommend hiring someone who wont waste this time. After working with Diane for a couple of years, we get a letter in the mail basically saying “we have to let some clients go, and youre one of them.When inquiring more about why we got fired, even after multiple times all we get is boiler plate, PR department crafted type of verbiage and no “real person explanation.Most of it included lines about how this plan is best for “the continued growth of the business and “how I can best serve all of my clients blah blah blah.Doesnt letting business go and “growing the business seem antithetical? And doesnt “best serving clients include me? Perhaps it was because I called two or three times a year more than the average client? Or maybe my account included some nuance of sophistication beyond what some simpler ones do? I dont know, but all I know is I regret hiring someone that is prone to fire customers without warning or explanation.I also feel like its just discourteous to talk to people youre in relationship with like a press secretary would, instead of like a real person.Very irksome. If Dianes firm is accepting new customers, dont waste your own time as we did.You might not make the cut a year or two later, get no explanation, and have to start all over again. :-/ 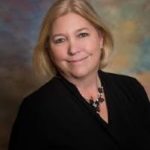