This is an archive of a consumer complaint published against DiOrio Tax Service at DirtyScam.com-

I received a letter in the mail from DiOrio Tax Service advertising for federal and state tax preparation for $89, so I called to find out more about what exactly the service included, what the process was, how long it took etc.The person on the other line (sounded like the owner) was rude, refused to tell me more about the services they provided (he referred me to the letter which did not say much) and hung up on me after telling me to go to H&R Block.Clearly not someone you want to prepare something as important as your taxes!If he was so rude on the phone, what would make anyone think he will do the best job in maximizing your returns? Very disappointing. 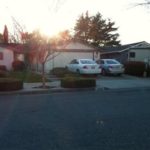