This is an archive of a consumer complaint published against Don Marshall CPA at DirtyScam.com-

If I can select less than one star I would. bait-and-switch on price for tax filing after confirming on the phone and in person for a more accurate quote.Left his home office with Don Marshall CPA confirming what he would charge me after providing him with all the information he needed.Emails me the next day saying that he made a mistake and wouldnt do it for less than 4+ hours at his rate and that I can find another CPA if I didnt agree.Im sure many would agree my personal taxes are not complicated at all. Its never taken any CPA more than 3 hours.The only reason I had to find a new CPA is because I just moved to the Los Angeles area.Many people who read this can probably agree that these things below are not complicated and are fairly common with most filings*Home*Joint W-2 filing with Spouse*Stocks  Year end statement by bank, has all the information he needs*1 page form for Casualty loss on rental property  Its not difficult and there is one amount that im responsible for paying and wanted this included, thats it!* Provided him full taxes returns from the year prior to carry over most of the same information (doesnt get any easier than this)* I purchased a new electric vehicle that is eligible for a 7,500 tax credit  He didnt even know anything about electric cars and tax credits.Its one simple form and i explained this to him on the phone and in person and he googled it and found it on the IRS website and still was confusedDon confirmed twice, once on the phone that he would do 3 hours which is the longest its ever taken any CPA to do our taxes.The second time was in person once he had everything and made copies.I really regret providing him my familys personal information.I decided I didnt want to be taken advantage of. Its the principle of honoring what you say.Worst business practice is to change a price after you shake hands and agree.I asked for all the copies he made with my personal information on it returned and he refused.I wanted to discard them myself since I dont trust this guy any longer.No work was completed and we decided not to use him.California Board of Accountancy has a law that if the consumer request all personal information be returned since no work happened and price hasnt been accepted that it should be returned to the consumer.My wife and I are intelligent people who make a very good living. The fact is Don didnt address my frustration with the issue professionally.My request was the copies you made of all my personal information to be returned to me so i can discard them.He emails me back calling me a jackass because i want to report him for holding on to my personal information when i decided not to take your bait-and-switch offer.If youre considering using him, message me first so I can send you some emails back and forth between us and you can make a decision for yourself.Lesson learned! 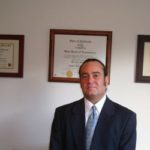