This is an archive of a consumer complaint published against Dorothy Butler Law Firm at DirtyScam.com-

We came to Ms. Dorothy Butler to handle our taxes. We gave her copies of our old taxes showing the amount of work that goes into our taxes.She gave a price and then specified she would have our taxes done within a couple weeks.A couple weeks turned into a month and then she said we would have to file an extension.Which we did. During the time she supposedly was working on our taxes we called and emailed her trying to get updates.We had to call and email several times a week in order to get one phone call or email back from her.She was very unresponsive the entire time we worked with her. Then she upped her price stating that it was more work than expected.We understood this because we stated in the beginning and gave her our previous taxes to show, that it was a good amount of work.In the end we felt she was unreliable and not knowledgeable about doing our taxes.I am updating my review. Ms. Butler had a defamation lawyer contact me and tried to buy me off in return for taking down my review.It had been a year since I had written the review. I went back and reviewed all of emails and realized that there was no money in the world that would make me take down this review.Butler was straight up misrepresenting herself. Everything I said was true.Then she tried to comment later that I owed her money and she tried to contact me several times.That was complete blasphemy. She didnt do any work and I have the emails to prove it.She got as far as making some phone calls. She might be a decent attorney but she is not professional and I would not recommend her for using her as a CPA. 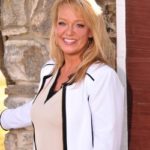