This is an archive of a consumer complaint published against Douglas Elliman Real Estate at DirtyScam.com-

This review specifically pertains to Diane Daley, not necessarily Douglas Elliman Real Estate.I had to deal with this nightmare for 6 months as we looked for someone to take over my lease.Ms.Daley misled me about basic apartment facts from trash removal to the actual owners background.She told me the owner of the apartment lived nearby in the city.Turns out, the woman lives in Sweden, which became an inconvenience when attempting correspondence and especially when she accused me of causing $1,500 worth of damage.She never saw my apartment. But guess who did the damage assessment?During those 6 months, I was unable to decipher what she was saying in her emails.She would mix up days and dates, and leave me thoroughly confused, wasting more time with clarifying.It usually took 3-4 emails to know exactly when she planned on showing my apartment. A third grader could have written better.Ironically, after all that correspondence, she often never showed up and never told me the showing or open house was canceled.She told me she was showing it twice a week, which becomes increasingly tedious  especially when she doesnt show up half the time.However, every time I came home, there was urine on my toilet seat, and the hand towels were used.I specifically left paper towel in order to avoid having strangers use my towels. But the urine, really?She consistently left her trash/empty water bottle on my kitchen counter.She made herself right at home by attempting to watch TV during her alleged open houses.My cable box, TV and remote were always tampered with.Eventually, I had to hide my remote control so she could stop watching TV during her open house.She took the liberty of opening my curtains to allow direct sunlight into my bedroom.The problem was.it was fading my bedspread because she never closed the curtains when she left.And during the summer months, it created such a heat wave in my bedroom.But the warm room didnt keep her from going through my personal belongings.After I realized she was rummaging through my personal belongings, I decided to confirm it by placing a thin piece of transparent tape on my lingerie drawer.Sure enough, the tape was ripped when I returned.I have no idea how this woman is allowed to practice real estate in NYC, and I look forward to never having to deal with her again. 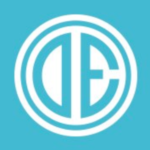