This is an archive of a consumer complaint published against Downtown Medical Group at DirtyScam.com-

Only go to Downtown Medical Group if youre ok with an incompetent admin staff,fraudulent billing practices and unhelpful doctors.I went in for my annual physical (my first with this office), and the visit was just fine.I asked how Id receive my results and was told Id get them via mail. All good so far.Two days later I received a call from their admin, saying theyd like me to come in because there are some “red flags in my report.Understandably, I was terribly worried and went in as soon as I could.When the doctor reviewed my report, literally every single test came out as normal.When I asked what the “red flag was, they gave me some b******t excuse.And then they proceeded to charge me for the office visit! I spent 30 min there standing my ground on their irresponsible patient communication and unethical billing, during which time the ‘billing manager refused to show their face at all, despite being in the office.I then called for Dr. Hall who conveniently said he does not get involved with any billing matters so it is not up to him.It took two more calls after that to get the billing manager on the phone, who proceeded to inform me that they have waived my office visit fee but can no longer accept me as a patient at their practice, the nerve they have to believe that they have the higher moral ground here!Lo and behold, a month later I received a bill for the office visit anyway, never mind what they told me earlier.It has taken another 3 calls, and countless hours to get this simple matter resolved.For every call Ive made to this office Ive never gotten the right folks on the phone, and despite their assurances no one ever calls me back.Looking through other reviews I noticed Kyle K had a similar experience as me, so beware my fellow ! 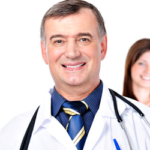