This is an archive of a consumer complaint published against Dr. Ahmed Mohammed at DirtyScam.com-

A dishonest, incompetent, disrespectful, aggressive, and greedy bully. Hes happy to charge and order tests (like a previous reviewer said, he orders exaggerated amounts of tests that he performs in his own office, done by his own people) to make money from your insurance, but will never follow up or tell you your lab results unless you endlessly call and beg to get some sort of response.As expected, the results were usually inconclusive or unrelated to the stated symptoms; hes just looking to suck out as much $$$ as he can.The office staff seemed kind but completely disorganized  they constantly miscommunicate and never follow through with their duties or promises, and seem to spend more time on curating their lunch orders than caring for patients.They also lied about making an appointment so the doctor would prescribe a medication, and when I showed up they pretended they had no idea what I was talking about.This guy claims to be a tandem cardiologist-neurologist, with the result of half-assing each job.This feels like a money-making scheme and not at all like being helped as a patient.He was crass and rude and impatient from the first second I saw him, but my insurance gave me no other choice for a provider, so I was stuck accepting his behavior.He ignored all my symptoms and didnt diagnose or treat anything.No medication provided or even a referral made to another practitioner, despite the fact that he agreed with me that I have a serious condition. He couldnt care less, though.I contacted the office staff to let them know of his unprofessional behavior, and they apologized and promised to let him know, and that he wouldnt be behaving that way again.I arrived for an appointment the staff scheduled for a medication prescription, and quickly realized that I had made a major mistake.The appointment started (nearly an hour late, as usual), and the office manager entered alongside the doctor, and the latter was IRATE about my reporting his behavior and began yelling and insulting me out of nowhere repeatedly during the appointment.I was absolutely terrified being trapped with this gigantic man and his accomplice in a small office, having this behemoth screaming in my face.He had essentially lied about the purpose of the appointment so he could confront me physically about my complaint re: his atrocious and unprofessional bullying behavior.He lied to the office manager about what he had done and the purpose of the appointment originally (which two other doctors can vouch for, and for which my parents were witnesses), and then stormed out.The office manager half-apologized and claimed that he cared for me “like a sister (this creep is 30+ years older than me), but said I shouldnt have complained about his behavior (in order to cover for the ridiculous scene).I guess Im at fault for refusing to let Ahmed bully and abuse me like he does his other patients.They also refused to answer a question about when a lab test came in so as to cover for the delay in the follow up, and also refused to let me ask the staff who had scheduled the appointment to avoid taking accountability for lying about the purpose of the appointment.All in all, once again nothing was done, and I am left confused about what exactly this business is trying to accomplish in lying to and treating its patients like garbage.This experience was absolutely terrifying, and I sat in the car shaking and immediately filed a report with the county as well as with the Medical Board of California.This sad excuse for a man, Mohammed Ahmed, is a ridiculous, abusive liar and a fraud.I suggest anyone looking for competent care, or at least a shred of human decency, to find any other possible practitioner.This is not an honest practice, just a scam business to fill this beasts pockets.Take some time to search his reviews on the internet (he has actively posted fake positive reviews and removed negative ones); youll see that he has a long history of abusive, dishonest practices. I have no idea how he is still in business.This con job should be shut down immediately. 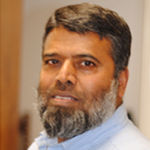