This is an archive of a consumer complaint published against Dr. Andrews Kirsten at DirtyScam.com-

I saw Dr. Andrews Kirsten quite a while ago, but I think my experience is still relevant.The goal of my appointment was to establish care w/ a new GP.I was asked when I arrived if I would mind talking some to a medical student.I agreed, but did not expect a student to spend almost my whole appointment w/ me, in the absence of Dr. Andrews.In fact, I thought the student was Dr. Andrews, until Dr. Andrews walked in late in the appointment and introduced herself.I think its odd that Dr. Andrews chose to remove herself from most of the appointment, when the goal of the appointment was to establish care.I do not recall her asking me any questions and talking mostly to the student. I felt very minimized.Another problem I had with Dr. Andrews is that she sitting on the office floor eating lunch when I arrived.I am not a germ “freak, but do object to my doctor exposing herself to the dirt and grime brought in by shoes.Probably needless to say, I did not return to see Dr. Andrews. 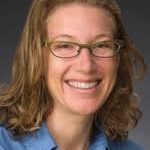