This is an archive of a consumer complaint published against Dr. Ball Valerie at DirtyScam.com-

Dr. Ball Valerie is a quack. She does not listen to you, the patient, at all. I had a severe sinus infection which was causing severe pain and pressure and nerve damage to my eyelid and making it droop.It had never done this before.First, an assistant came in, examined me, wrote a bunch of stuff on a chart and then left me sitting for about 20 minutes.Assistants like this are an easy way to make money, you can charge for their time as well but they dont do anything useful since this Dr. basically doesnt pay attention to what they write down.Then Ball comes in, asks me the EXACT same questions, does the same examination.I tried to explain what I was going through, how intense the pain and pressure were and was there something she could give me for pain.I explained that my eye was a big concern as it looked odd and droopy.She ignored me and basically said that I had an asymmetrical face! I think Id know what my face used to look like, I see it every day.People who know me kept asking what was wrong with my eye!Well, nope, I was normal according to Ball. My first clue that shes a quack.After telling her I had a mild heart attack 2 years previously and high blood pressure, she gave me samples of Clariten D. Almost every doctor in the U.S. knows thats a big no-no.You dont give Claritin D to a heart patient. Well, throughout the next week, I kept having angina all the time and finally read the package and it said not to take if you have heart problems.She would not prescribe anything stronger than Tylenol for pain, even though I had told her that Tylenol was not helping at all and I was worried about taking so much of it. So much for compassion.I got a friend to give me some Vicodin which finally took the pain away and let me go to work and do my job the next few days.She scheduled me for a CAT scan of my sinuses and when the films came back 3 days later, she said there was no problems, everything looked normal.Which BTW, she could have easily handled on the phone, but no, I had to come in again. More $ for the good Dr.She wanted to run a series of tests which were going to cost me out of pocket almost 1000 dollars.I finally figured out that she was a quack and was trying to soak me for money and tests are where she makes her money.I got out of there and never went back.I took the films to another Dr. and he told me that not only was there obvious abnormalities on the right side of my head, that I barely had sinuses in some areas.He also prescribed antibiotics to clear up the infection so I could get some relief and he prescribed a very good pain reliever. Wow, a doctor who cares.I still have permanent nerve damage in my right eye and a drooping eyelid which my new doctor said could have been avoided had I undergone antibiotics in the first week.He was puzzled as to why Ball had not prescribed an antibiotic to get the infection down to a reasonable point. I was too.Anyway, Ball didnt listen to me, didnt read the films right, gave me samples which almost gave me a heart attack (again, not listening to the patient about their own health) and in general seemed annoyed that I was even in the office.To be honest, it really felt like she didnt believe a word I was telling her, even though the other doctor I went to said I was running a fever, had a bad infection and he basically cured me within 2 weeks.STAY FAR AWAY FROM THIS SUPPOSED DOCTOR! 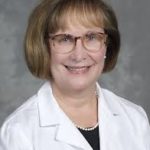