This is an archive of a consumer complaint published against Dr. Barreto Angelique at DirtyScam.com-

I NEVER saw Dr. Barreto Angelique but she lists herself on my insurance and paperwork stating SHE spent X amount of time with me when really it was a PA who saw me not her.I would not recommend this place at all. The staff are disorganized for the most part rude and abrasive.When you check in they have a sign up stating you can obtain a flu shot, so I asked for it to be done and the girl said she would run my insurance and have whoever took me back to the doctors office take care of me. That never happened.The only person who did a full intake on me was very nice and thorough but rushed.The moment she was done with paperwork she was walking out of the door and said someone would be in to show me how to use the at home device. Mmmk.A staff member came in and was rushed and pushy. She put a bunch of other paperwork in front of me and said I had to sign paperwork stating I would pay $4,000 in case I didnt return the equipment.She also had me put my credit card number down which I did not appreciate one bit as I had everything covered by my insurance so I had no reason to give up my cc info to a place Ive never been before.I was pressured to sign this before she would even explain how it worked or allow me to fill out my other paperwork.I wasnt even allowed to sign the privacy policy until I sign the payment info which I was later told is shredded after the equipment is returned but who knows.She just said my cc would be charged $4,000 if this equipment wasnt returned at a specific time.After she did a very quick demo for me and rushed me out of the room.I asked about my flu shot and when I was going to be notified about the data and she was rushed and just said “I dont know and youll hear from us and showed me the door.I asked the first girl I spoke to about the flu shot and she spoke to the woman who walked me out and they were both pretty clueless.The other staff said it wasnt something they do anymore.I explained if that was the case, they should remove the sign from the check-in window as it misleads their patients.The sleep study I attempted to do I was told was completely optional for me by the referring doctor, yet I was told over and over by this staff how I needed to do it.I wasnt able to do it anyhow because the equipment given to me actually obstructed my breathing! Go figure.I returned the equipment with no data since I couldnt use it and asked what exactly they would be billing my insurance for since the only thing they did was an office visit and staff had “no clue as they put it.I made them give me a receipt because I just didnt trust them at all. I looked up the cost of the device they claimed would cost me $4,000 and its only worth $250 lol.They also spammed my email about 10x within 24hrs.I got a call from the only person who did my intake and I actually liked and she gave me this attitude about having to note my chart to my doctor and I explained this was optional and I didnt do it because the equipment didnt allow me to breathe properly out of my nose and I dont breathe out of my mouth, especially when I sleep (as most people with sleep apnea do, and I dont have sleep apnea lol).My overall experience was a waste of my time and I just got the sense they had no understanding on how to deal with patients.Its sad that I ended up here solely by a referral from a doctor I really like but because of this I have less faith in.I will be sticking to my hospitals clinics only from now on. Regardless of referrals.Im not sure why this sleep study clinic is attached to this doctors office because the way the sign lists it makes you believe its two locations but its not and I never saw this doctor.I also noted in billing they never listed specifically why they billed my insurance for the amount they did, but regardless they are very poorly operated and Im writing this review to allow other members to avoid having to deal with what I went through.Even my fiancé said the place seemed like a real scam. Hes been to a sleep study doctor and this isnt anything like a real sleep study clinic. 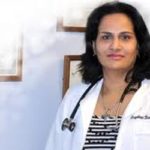