This is an archive of a consumer complaint published against Dr. Barry Weintraub at DirtyScam.com-

I was conned into trusting Dr. Weintraub with all the glowing 5 star reviews and aggressive marketing.He seemed genuinely warm and knowledgeable at my first consultation but let me warn you it is ALL AN ACT!I admit Dr. Weintraub has a charisma and confidence about him but then again so do many other fraudsters like Bernie Madoff, Charles Ponzi and Jordan Belfort!I trusted Dr. Weintraub with my face and he betrayed my trust in the MOST despicable way possible. Now I have to live with the consequences for the rest of my life.An ENT confirmed that Dr. Barry Weintraubs poorly executed rhinoplasty resulted in a collapsed nasal valve and vestibular stenosis, leaving me in constant agony and unable to breathe.Dr. Weintraub also left my nose looking totally deformed, upturned and crooked. Other seasoned plastic surgeons were absolutely horrified with my results.When reviewing my before photos, they unanimously agreed I never needed surgery in the first place but Dr. Weintraub forcefully persuaded me I would benefit from the surgery!I guess he needs to find a way to pay for his fancy office and his life of luxury in the Hamptons.I get that things can occasionally go wrong on the operating table (and trust me it went BADLY WRONG) but I will never forgive or forget what transpired afterwards.Rather than admit his mistakes, Dr. Weintraub fabricated my operative report to try and justify the abysmal results.He also played God and went out about fixing so called nasal defects which were characteristics of my nose I specifically requested to KEEP (both VERBALLY and in WRITING)I find this SICK given I am the one who has to live with the result for the rest of my life.In subsequent emails, he even referenced meetings and conversations which DID NOT TAKE PLACE! He knows it and his staff know it! This was all in a shameless and cynical attempt to cover his own back. He then gaslighted and abused me and I heard he does the same with other patients when his surgeries go horribly wrong. This man is a fraud, he is running a scam operation.He also displays all the hallmarks of a pathological narcissist! He never apologized and NEVER showed any sympathy or remorse. What he did to me was ASSAULT AND BATTERY on the operating table. I want to save anyone else from suffering the same misery and torment at the hands of this man.Several female victims also warned me he has a troubling history of botched breast reconstructions. (the malpractice cases support this)These former female patients also claimed he made inappropriate/ lecherous sexual remarks about their faces/bodies.The reality is, Dr. Weintraub and his PR team aggressively delete ANY negative reviews on sites such as Yelp, Vitals and Realself to hide the truth and silence his victims. If anyone does speak out against Dr. Weintraub, they are harassed and threatened by his team of lawyers.His surgical coordinator (and lover) Jill Sand in the photo is a failed novelist and writer but she does have a special talent for spinning fictions to benefit the practice. DO NOT trust this conwoman! She is key to perpetuating the fraud by reassuring unsuspecting victims to place their trust in Dr. Weintraub.Dr. Weintraub deserves to have his medical license revoked! Its no surprise he is one of MOST SUED plastic surgeons in New York (for medical malpractice) according to public civil records. Run a google search for “New York civil supreme case search. It is best to conduct this search via a desktop computer where you can gain full access to court records without a login. Here you can also review the shocking details of the malpractice cases.Dr. Weintraub also has a history of lying under oath and attempting to defraud a court as one online case shows:”Barry Weintraub concocted his testimony in a misguided and apparently illegal effort to advance the merits of his motion. In doing so it appears that he has attempted to perpetuate a fraud on this court in direct violation of 18 U.S.C. § 152. We will make the appropriate referral to the Office of the United States Attorney.People have a right to know the truth about Dr. Weintraubs history of malpractice and fraud so they can make an informed decision.Is this really the type of person you want wielding a surgical scalpel while you are unconscious? 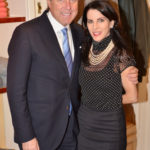