This is an archive of a consumer complaint published against Dr. Boarini David at DirtyScam.com-

I know someone very close to me that was referred to Dr Boarini for a work comp back injury after a team of other physicians werent able to get him back to work through medicine and physical therapy.We heard that Boarini had a bad reputation for being in the pocket of Work Comp companies but had no idea how true it was.The first visit he told us that he didnt see the same thing in the MRI as the other THREE doctors that reviewed it and released my friend back to work.He was unable to even walk after two hours of being back to work and reinjured worse.Boarini spent approximately sixty seconds in the room with us (although he kept us waiting ninety minutes) and told us there was nothing more that medicine could do for him and he would have to live with the bulging disk the rest of his life.Boarini never even examined him or looked at him for that matter so how could he have made that assessment in good faith? And to top it off Boarini accused him of faking the injury.He is a crook and shouldnt be trusted with your healthrun the other way FAST. P.S. there should be a negative 5 stars option just for this guy. 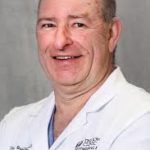