This is an archive of a consumer complaint published against Dr. Britt Anderson at DirtyScam.com-

As a whole, Minor and James internists are okay and get 3 1/2  4 Stars overall.The Doctor that I have now is perfect for me and gets 5-Stars. However, shes on maternity leave.This led to my getting my yearly physical exam with another doctor in her stead. That doctor was Britt Anderson.I had just found out I was pregnant with my first child and I spent most of my 1 hour discussing my concerns and getting my vitals checked by her nurse.Whatever couldnt be answered were questions to be posed to the doctor when she came in.Dr. Britt Anderson came in took my vitals and when I told her my concerns about my asthma she said “Okay, Ill prescribe you something.She said “Anything else? Mind you, she had been in the room only long enough to listen to my heart, look in my ear and throat. Thats it.Two minutes by this time at best. I was in the middle of forming my questions when she got up off her stool to leave.I continued to explain how labored my breathing had become and how worried I was because it was highly abnormal and what does she suggest be done to control it.She said “Ill figure it out and get you something. She got up with a start off her stool and I said “Wait, Im not done.Dr. Britt Anderson sat back down. I asked “Will it interfere with my new pregnancy and do you know what medication it will be? She got up off the stool a third time (within the span of 30-45 seconds), and looked over her shoulder as she responded on her way out the door “Oh, Ill figure it out when I get in the hall. Really? REALLY!So, when I had my coat on and was about to leave, I stopped and asked her nurse “Do you have my prescription(s) so that I may hand them to the pharmacy? He said “You dont have any. I responded “Thats not what the doctor told me.He said “Its already been faxed in. (*Umm, I thought you just said I didnt have any?) So, I said “Well, do you know what it is? He went to check and gave me a name. That was it.I had No Idea as to whether it was a pill, nasal or oral inhaler, or even how to use it or the dosage/side effects, etc.I was in the dark as to what I was prescribed to expose myself and my unborn child. This certainly is not good service.This was November 7th, 2011. My interaction with Dr. Britt Anderson lasted roughly 3-4 minutes only.Since she ran out of the room so quickly (my theory is so she could see more patients to get more insurance money), I didnt have the time to request my necessary referrals.It has taken until last week (*2nd week in January 2012) to get my necessary referrals and prescriptions to get my labored breathing under control and get the additional Rxs that I needed that I was to hurried to speak about.Of course, I only found out what type of prescriptions were prescribed when I got to the pharmacy and others that I needed to talk over with her that she was in too much of a rush to allow me to convey much less listen and fulfill.It has taken from the first week of November to the 2nd week of January to get all of the prescriptions and referrals in order that would have taken one 1-hour appointment to square away.Whenever Ive had physical exams, Ive spent the bulk if not the entire portion of the allotted time with the appointed doctor.3-4 minutes with a doctor that bobs up and down in her chair like she has ants in her pants in simply unacceptable. PERIOD. 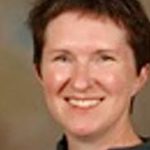