This is an archive of a consumer complaint published against Dr. Brown Katherine at DirtyScam.com-

Dr. Brown Katherine ignored the symptoms I stated (internal organ issue). I felt that she was jumping to conclusions too quickly without actual evidence or data.I ended up getting diagnosed with a condition that had she actually listened to my problems, would likely have gotten caught and treated much earlier.One last comment  going back to jumping to conclusions / making incorrect assumptions  she tried to convince me that I was morbidly obese (Im 53″, 145 lbs and active  not tiny but also NOT morbidly obese).She scoffed when I told her I was running but ramping up slowly to avoid reinjurying my knee.I believe the words she used was, “Thats it? Youre only running a few miles a week? OK, doc. Thanks for the great medical take.She makes physicians look bad. Most doctors are not like this. Just avoid this one. 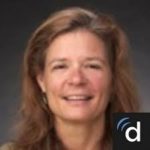