This is an archive of a consumer complaint published against Dr. Byung-Gook Park at DirtyScam.com-

I was initially forced to see Dr. Byung-Gook Park due to my health insurance, so I call to set up an appointment.I call and he answers the phone, I say Id like to schedule an appointment, this is my first time.He gets me in quickly (Which was cool/same day) I go in, and its really old and disheveled looking, very strong musty smell.Im the only one there, so I fill out the paperwork and I go into his office/exam room, completely cluttered.It looks like a home office, with a table to lay on. Books and papers laying everywhere, and I cant even recall if the exam room has a door on it (this is important).When I sit down in the chair, he starts talking to me about something, (I honestly dont know exactly what, his English is very broken) and then out of nowhere, says, “You fat, get on scale so I can weigh how fat you are I laugh, cause yeah, Im fat.Im not lazy or grotesquely “I cant walk on my own overweight, so I say, “Is that the technical term there, doc? he goes, “No, you just fat.By that time, he tells me to sit on the patient table thingy, with no paper and then like 4 people come in and sit down, I ask him if he is going to close the door, and he mutters “(something something), its ok and starts examining me.So, there I am laid out on the bed thingy, with a group of Asian folks staring at me, smiling, while he keeps telling me Im probably diabetic and I have high blood pressure, and how did I get so fat? I dont have any of those problems, I just wanted a check up, Chantix, and a recommendation to help lose weight.He tells me I need blood work, and that I need to do a follow up, but he would give me one month supply for the Chantix.I was like, “cool, ok. then he checks my blood pressure with a LONGS DRUGS BRAND BATTERY OPERATED BLOOD PRESSURE CUFF. Im thinking to myself, “this doctor is unreal.All of a sudden, the phone rings, he doesnt answer and lets it go to voicemail, I think, but of course, he has a 1970s answering machine.Some poor lady is leaving what she thinks, is a confidential message about her health and medications, and im listening to the entire thing, while he rants on about some thing I couldnt even understand.Before he asks for payment, he mentions Im fat one last time, so I said, “Yeah, Ive been told that once or twice before, but has anyone told you about halitosis? Youre breath is killing me, Yuk mouth He gets mad and says, “You need to pay me $30 So I hand him my card.He says, “No take card, need cash or check. Since this isnt 1996, I dont have my checkbook on me. I tell him I will pay him next visit.I call a few times to bring him the cash, but hes almost never available.I finally get ahold of him and he starts bitching about the $30 bucks.I tell him, “Dude, youre never in the office. He tells me that I shouldve just dropped the cash in his mailbox and that hes a very busy man at the hospital, like Im supposed to know his schedule.I told him I would come at that exact moment with the cash, because Im not gonna drop any cash in a box without a receipt.He says, “Im going to work at hospital now, I dont have time to waste, drop it in mail box.His ridiculous methods made me angry, so I said, “Dude, Ill hand you the cash, but youre fucking nuts if you think Im gonna trust that you wont lie about receiving it.I can see by youre office that youre not all there. he goes, “I dont need the money, Im doctor. I make more than youSo I said, “Then hire a fucking maid and buy a toothbrush, dick breath, youre a garbage doctor.He then called me fatagain, for the last time. lol. 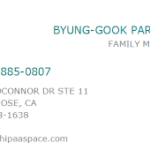