This is an archive of a consumer complaint published against Dr. Christopher Vu at DirtyScam.com-

My son has been going to Dr. Christopher Vu for over 2 years and we never had any problems.Of course my son is a pretty healthy kid so we never had to bring him in for anything except for routine checkups, sniffles and such.The only complaint I had before was they would overbook themselves and itll take me over an hour to get out of there. Sometimes I wouldnt even get to see the doctor.Around Thanksgiving, my son had a 102 fever so I brought him to Dr. Vu. He tested him for H1N1 and prescribed him TamiFlu.I was instructed to only give him TamiFlu if his fever doesnt go away, comes and goes or if the test comes back positive.Being the worried wart that I am, I asked the Dr. 2 more times throughout the appointment just to be sure on what to do with the TamiFlu.The Dr. said hell call me in 2 days with the results. The fever went down the next day and went away. 2 days go by and no call.I figured if it was positive the Dr. would call to let me know, but I called on the 3rd day to check anyways.I was told they were about to close so they would have to call me back the next day.I left my phone # and name, which they already has, and they never called me back.I called back the next week. This time they said they were really busy and had to call me back.Few more days go by and still no call. I call back and guess what? They cant find any indication of a test so theyll call me back. This went on for about 3 weeks.My son started coughing around Christmas and it didnt sound normal so I brought him in.The Dr. told me my son had a lung innfection and BTW, he tested positive for H1N1.He also blamed me for not giving him the TamiFlu. WTH?!!! I was furious.I had been calling for the results for 3 weeks and no one was able to locate the results.He told me that the results just came in that day. Oh really? What a coincidence.So on to the lung infection. He prescribed my son antibiotics for 10 days and told me to bring him back for a follow-up.He finished his antibiotics and his condition got worse.He was coughing to the point where he was throwing up. So we bring him back in.The Dr. tells me he got worse prescribes him additional antibiotics and a nebulizer.He said to take it for 4 days and come back for a follow-up. So I come back for a follow-up.Not only does my son still have the lung infection, its worse and he has an ear infection now.I was mad as can be, but I kept my calm. I asked him how that can be while he was on antibitoics all the time.Whats the point of taking antibitoics if its not going to do anything? His answer was kids get sick all the time. Its normal.So after going back and forth with him, he tells me that he has to prescribe my son antibiotics and continue the nebulizer.I asked him if it was safe to take this new antibiotics with the one he presribed earlier in the week.He said yes, it was ok to take both antibiotics simultaneouly.I then asked if this was the same as the 1st antibiotics he prescribed my son about 3 weeks earlier.He had a dumbfounded look on his face. He then frantically flipped through my sons chart to see what he prescribed and timidly said no.I go to the pharmacy and tell my pharmacist how mad I am that my son has to be on all this antibiotics.He tries to calm me down and said I shouldnt be upset. The Dr. can only treat what he sees.Which is true, but I didnt feel comfortable with putting my son on all of this antibiotics.I asked if it was ok to take 2 antibiotics at the same time or for long periods of time.My pharmacist was confused by my comment. He said its ok to take antibiotics that long but my son hasnt been on antibiotics that long.I was so confused. After going back and forth with the pharmacist, it turns out that the Dr. didnt prescribe my son antibiotics the 2nd time when his lung infection got worse.He prescribed him asthma medication!And because he wasnt taking anything for his lung infection, it got worse and an ear infection developed.The pharmacist looked over the list of prescriptions the Dr. prescribed and said he couldnt speak for the Dr. but it looks like he misdiagnosed my son.Before I left he also recommended that I switch pediatricans.I can give Dr. Vu the benefit of the doubt and say maybe the test results did take that long or its his staffs fault for not following-up on the results or hes so busy that he doesnt remember everything, but thinking asthma medication is antibiotics is not acceptable.Needless to say I am changing pediatricians and filling a complaint with the State Medical Board. 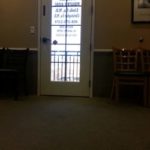