This is an archive of a consumer complaint published against Dr. Clement Jones at DirtyScam.com-

I was referred to Dr. Jones by One Medical after a car accident. I was told before my appointment that I needed to:1) Get my X-Rays from UCSF (not release them to Dr. Jones but physically go pick them up which was a nightmare.)2) Fill out ALL their forms onlineSo I managed to do this and show up 15 mins early to my 1:00 appointment.When I arrived they made me fill out ALL the forms again (about 15) by hand.I asked why I had to fill them out online and they said “because the doctor likes to hold them.Hmmm cant you just print them out? Whatever. I filled out the forms and then waited. And Waited.And at 1:30 (after being there for 45 mins) I asked when I was going to be seen.They said “Why do you have some place to be? to which I said “Yes its 1 in the afternoon on a work day.Then they told me it would be best if I just left and came back at a later date.Long story is I will NOT being going back. 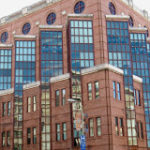