This is an archive of a consumer complaint published against Dr. David Lalezari at DirtyScam.com-

I hate leaving bad reviews but feel this needs to be posted so others dont waste their time.Dr. David Lalezari couldnt have been more clueless. First I waited for over an hour even though there was literally no one else in the office.I hurt the muscle under my rib deeply and he had literally no idea what it was.Heard him calling other doctors to ask what to do.I read online that breathing shallow could cause pneumonia but he mentioned nothing about that.I asked him if it was torn to what extent, again no idea, he goes “I dont know, partial? Yea partially torn.Also tried to get a physical as I hadnt had one in years, he looked into my ears, told me I need wax removed, and said that was my physical. (Never prescribed anything for my wax removal either.)I pushed him on it and said “really thats it? and he said, “oh, I guess you can get a blood test.Then he prescribed a bunch of pain killers (but never called them in to the pharmacy) and that was it. What a waste of time. 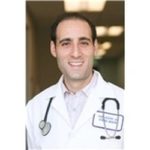