This is an archive of a consumer complaint published against Dr. David MacGregor at DirtyScam.com-

I was referred to Dr. David J. MacGregor from my primary care doctor who refers many patients to Dr. MacGregor.Called the office to no avail, must follow the protocol and register all of your personal information in order to get an appointment or even speak to anyone, took 4 weeks for an appointment, on my appointment day I show up 10 minutes early, the rude receptionist couldnt find my appointment, then asks me if I registered on-line, I respond thats the only way you will even take an appointment as they will not talk yo you unless.She then finds my appointment and proceeds to check me in, then tells me that they dont take my insurance? I ask her why didnt anyone contact me, she says “they did, someone called you and explained this to you as it is right here on the screen, I said that no one called me? She proceeded to lie again so I had her print out the comments from her own system which showed “No One Called Me!I asked to see the office manager who was also condescending and rude and did the same thing, said “someone called me which was NOT true.The point Im trying to make here is, dont treat people like they are all stupid, be honest and polite not phony and rude!I took off from work (which I am commissioned based) and payed $25.00 for parking to park in Union Square.Before I left, the office manager and the receptionist both said “you can pay for your appointment! 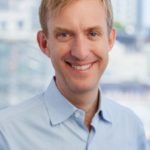