This is an archive of a consumer complaint published against Dr. David McCullough at DirtyScam.com-

He is verbally abusive (called me “retarded for riding on the back of a motorcycle WITH a helmet), asked me if I had any “f*g friends with HIV (because I had chicken pox), he called my Neurologist a “dumb broad while he was on the phone with her causing her to refuse to communicate with him any further.Hes very old and hasnt retired simply because he wants something to do with his time (his words, not mine).He always cut me off, never listened and I often left his office in tears.Im a chronic pain patient who happens to be highly claustrophobic.I needed an MRI but even with Valium/Ativan, I panicked so severely that I couldnt even enter the building; I was vomiting, shaking and crying.When I saw him next, he told me that if I didnt get in the MRI the next time, he was going to cut me off of my pain medication.Not only is that inhumane, it only exacerbated the claustrophobia (feeling trapped even further). Without my pain medication, I would literally be writhing on the floor in pain and would end up hospitalized, not to mention the ramifications of suddenly stopping a medication Id been on for 5 years (the pain plus the physical withdrawals in addition to my heart condition could be fatal in my case).As in the first case, I was unable to enter the building for the MRI. I did speak with the head Radiologist on the phone about the situation and he was horrified by Dr. McCulloughs method of forcing me into the MRI machine.He called him and, essentially, ripped him a new one so this time the bully got bullied.He didnt cut me off of my medications and he did as the Radiologist told him to: arrange for me to be put under surgical anesthesia so we could get the test done (and I did it!).About a month later I required emergency oral surgery. I not only notified Dr. McCullough, I showed him the tooth in question.He had no issues with it that he verbalized to me; all he said was to make sure I took all my antibiotics afterward.A week after my surgery, he called me into his office and told me he was cutting me off of my medications because the dentist used Nitrous Oxide since it was a difficult procedure.He claimed it counted as getting pain medication from other physicians.I was shocked, devastated, terrified and outraged by the injustice of it all.I asked him if he was going to ween me off and he said no, he was making me go cold turkey.I reminded him of the ramifications of doing so and his suggestion was that I present myself to the ER right after I left his office.By the time I left, my tears had turned to dust and I walked out like a zombie.You may wonder why I stayed with him as long as I did (about a year) and Ill tell you why.After Michael Jacksons tragic death, doctors became extremely leery about prescribing pain medication to people with chronic pain.Its very difficult to find someone who understands chronic pain (I have several documented medical conditions that are legitimate) and who is willing to prescribe the combination of medications that work best for me (Ive had chronic pain since I was 18 but refused taking pain medication until I was 23; Im 28 now).Its taken a long time to find what works well enough for me to be a fully functional adult who is capable of caring for my severely ill and disabled Mother (he also told me on numerous occasions to just stick my 56y/o Mother in a convalescent home and be done with it. Outrageous!).Dr. McCullough was willing to treat my pain but only if I took his abuse. I was stuck between a rock and a hard place.At first, when he cut me off because of the Nitrous Oxide, I felt hopeless and helpless.It felt like a nightmare. It turned out to be a blessing in disguise.I went home that day and made a first-time appointment with a doctor at PAMF.Not only was he understanding, caring, sweet, genuine, professional and knowledgeable, he was more than willing to take me on as a regular patient.He thinks outside the box and has found diagnoses that McCullough missed because he never wanted to investigate anything.My new doctor is a blessing from God and Im thankful every day for his thoroughness.And yes, he treats my pain both medicinally and holistically. Ive never been better.Stay away from Dr. McCullough! Hes toxic! 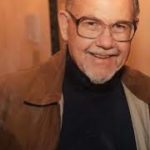