This is an archive of a consumer complaint published against Dr. Derek Olson at DirtyScam.com-

This rating isnt only focused on Dr. Derek R Olson, but more on his entire system.I had a change in insurance and I updated their team, but they still billed my old system.Later I got a letter in the mail stating that I owed the full amount.I tried calling the office, but the number on the bill and threatening letter had been cut off.I tried going to the overall Resurrection Healthcare Site, but they didnt have me in their system at all.After a couple more threatening letters with the disconnected phone number from Dr Olsons office I was finally able to get a hold of someone at the overall hospital who gave me the new number.It turned out when I called that office the woman who I needed to talk to was on vacation.A few days later I received a letter from a third party showing that they gave this info to a collection agency hurting my credit.I tried calling the new number that I was given today and finally was able to get a hold of the correct person so they could correct their systems.There was no explanation on why the number on the bills were all disconnected, but I hope things are finally settled.In summary, I know that Im never going back there. 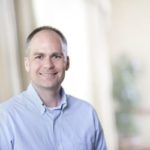