This is an archive of a consumer complaint published against Dr. Dhillon Ujagger at DirtyScam.com-

Was initially pleased with the service provided, but as time went on, it was like pulling teeth to get the office staff and back office staff to do their jobs. I have never had such low confidence in a doctors office.The first time I needed my normal prescriptions refilled following a re-visit, they said “just have the pharmacy contact us and well provide it to them.Never got done and I went without my meds for a few days until someone finally took care of the request that Walgreens sent several times with no replies.It happened again and I could not believe their lack of caring.I need those meds so that I do not get ill and end up in the hospital with an attack and they took a week to reply to Walgreens requests for the re-fills.The last time this happened, I had just had a thyroidectomy and my husband had to call them about the re-fills and they said, they couldnt talk to him about my medical issues. I could not talk for Gods sake.So about after a week of my husband calling every day and threatening to go down there and make a scene, they finally complied with the re-fill.These are just normal pills that I take regularly and they just never followed up.THEY ARE THE MOST UNPROFESSIONAL OFFICE I HAVE EVERY VISITED AND I HAVE BEEN GOING TO GI DOCTORS FOR NEAR 20 YEARS AND NEVER EXPERIENCED SUCH POOR PROFESSIONALISM IN A MEDICAL CARE OFFICE.NO COMPASSION WHATSOEVER. IT WAS LIKE I WAS BOTHERING THEM AND THEY DIDNT HAVE TIME TO DEAL WITH ME. OH, BUT THEY TOOK MY INSURANCE PAYMENTS AND MY CO-PAYS.DR. DHILLION IS A GOOD DOCTOR, BUT HE EITHER DOESNT KNOW HOW HORRIBLE HIS FRONT AND BACK OFFICE STAFF BEHAVE OR DOESNT CAREEITHER WAY, IT IS ON HIM TO FIX IT! I AM HAPPY TO NEVER DEAL WITH THEM AGAIN!I RECOMMEND YOU NOT GO TO THEM UNLESS YOU WANT TO BE FRUSTRATED AND IGNORED WHEN YOU NEED THEIR HELP.SO NOT WORTH THE AGGRAVATION WHEN YOURE ALREADY ILL.Oh, and I called one time and left a message during the day (I believe it was their lunch break), stating I was in pain and wanted someone to return my call and never got a call back. Nice huh? 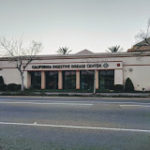