This is an archive of a consumer complaint published against Dr. Fariborz Shams at DirtyScam.com-

I thought I had a good doctor until my experience Thursday. Ive been a long time PPO patient (PPO = treated like a king everything paid for) but now no insurance (They call me “CASH not patient).Knowing I had no insurance and this would be expensive I finally got upset and called what I thought was my doctor because I havent been sleeping for the last week because of my leg and discomfort.She said I might have a infection but I had to deal with the pain and not be able to sleep and take care of my two little kids.The best part was when she tried to sell me her 600mg ibuprofen claiming hers works better than the 600mg I was already taking from a previous doctor(That was confusing).So, if your looking for a GOOD doctor maybe look somewhere else they seem to only care about $$ not the patient.She took my $75 no problem then should me door. I used to be a PPO patient and was never treated like this before.They took my $$ in 5 minutes but I waited one hour and ten minutes after that in the office before anybody even said anything to me.Im on unemployment now and I guess Im now a “CASH patient because I have no insurance.Its almost like I can only drink from the “colored drinking fountain now(from those outdated raciest 50s pictures you learned about in school and hoped no one would ever repeat).I can only receive substandard care now. The staff was rude when I talked to them on Friday telling me there was no doctor on site and no way of contacting her.She must of left the country or something. They even lied on my paper work and I could barley get my patient info from them.Even the front desk refused to give me the doctors license #. I wonder if she has one.These guys are a law suit waiting to happen. It has been almost a week now and I havent been treated and she told me I have a infection.So, I guess Ill wait until it gets serious and Im almost dead then maybe she will listen. What a horrible doctor.If you want a doctor that will listen to you and wants to help you dont go here.Im having to go to the emergency room over this. No wonder our emergency rooms are so full.What a waste of time. I even called them before I went in. I have two little kids at home and could of use that money for them.Now some scam doctor has my money and Im still sick with no medicine and out $75.They told me they could treat me. Watch out dont let them STEAL YOUR MONEY! Thieves!Im am complaining to the California State Medical Board on this so look it up on their web site. 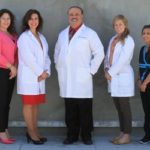