This is an archive of a consumer complaint published against Dr. Farr Charles at DirtyScam.com-

DO NOT go to Dr. Farr Charles! We have had the worst experience with him.He does not have time or get back to you when you are having an urgent situation.On top of that my aunt had lost 20 lbs & she is 74.He just kept telling her she had colitis & that she just needed to ride it out.He gave her a couple different pills & a powder to drink and when that didnt work he took her off of them & still didnt know what the problem was.She was having severe & uncontrollable diarrhea to the point she couldnt leave the house.She happen to have a physical with her physician who called Dr. Farr & said what are you thinking?She has lost so much weight & you havent done other scans & blood work?So he finally got her in for some of that but when he didnt see anything he just told her again she had to ride it out.She is a very active 74 year old. Walks her 2 dogs twice a day, goes to the gym several times a week & still works.He gave her a colonoscopy which he had to abort because he didnt put her to sleep & she was in so much pain her heart rate dropped to the point it almost stopped.He pulled out & just said he couldnt go all the way up but her colon just looked inflamed.He never did another one.it has now been over 3 months that she has been having this problem so I forced her to get a second opinion.The Dr we are going to now is doing another colonoscopy which was scheduled another 3 weeks out but when he found out the meds he gave her did not keep her dried up the put it to next week.He is very smart & doesnt just give up on you when he doesnt know what the problem is.Charles Farr is a very poor Doctor. 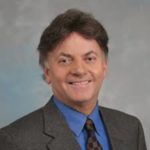