This is an archive of a consumer complaint published against Dr. Fred Suess at DirtyScam.com-

I went to Dr. Fred Suess for a “Lifestyle Lift six months ago. He was to perform a chin lift, an eyelid lift and a laser procedure.My face is still very numb and there is a great deal of redness and blotchiness, I have more bags under my eyes than I have ever had and more prominent jowls than ever before; and I have several places where Dr. Suesss needle work was incredibly unskillful and I have several lumps and bumps that were not there before, as a consequence.Clearly there are many unresolved and outstanding issues.But I would not subject myself to having any more additional procedures done or corrections to the failed work done by anyone, and certainly not by Dr. Suess.He was defensive and dishonest when I talked with him on my last visit and frankly I have no expectation that anything he could say or do would be helpful.My experience was that he was curt, manipulative and then dishonest  specifically, when he saw me the first time for about thirty seconds and said that instead of the “complimentary laser lip job, I needed to have a total laser procedure to deal with my “pre-cancerous tissue on my face.Later, afterwards, he said he could not do both the laser and the other work because it would have not been appropriate for my skin  so he only did half of the laser work and left my skin very unbalanced looking.Then later he denied having used the “pre-cancerous word, and implied that I was lying about it.I wouldnt let that man anywhere near my face or body  and I certainly see no benefit to returning for yet another follow-up visit, only to be insulted again. 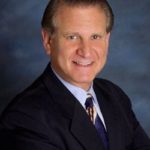