This is an archive of a consumer complaint published against Dr. Gary Apter at DirtyScam.com-

lf I could rate this doctor with a negative star I would. I had previously seen Dr. Gary Apter twice before I simply requested he sign a DMV form so I could obtain a DMV disabled parking permit.I dropped off the form days before I said I would like to pick it up. I am 62 years old, have had Multiple Sclerosis most of my adult life, have been having much difficulties getting on and off the SF buses, balance, and walking the hills of SF.I realized it was time, for the first time, I applied for this parking permit.Previously Kaiser sent Dr Apter all my medical records which he decided not to look at (?), and I had also included with the DMV form a typed Kaiser letterhead letter, signed by my previous Kaiser doctor, stating my conditions; MS and Type I Diabetes.I should have know right then and there that this doctor was highly questionable when he refused to look at my past records.When I came into his office both the doctor and his unfriendly office assistant started to question me.His belligerent office lady even shut the glass sliding door shut in my face stating that the doctor didnt want to sign it.What? Why? I simply slid open the door, stating I would take a seat in the waiting room until he signed it.Her behavior with me was insulting- like I was lying about my condition. She started to question me about my eyes, etc. Again?After some time, this doctor eventually did sign the form but only gave me a 30 day permit.MS is not a temporary disability. He obviously was angry because when I took the form into the DMV, they refused it because he had made a mess of it.I have found Dr Apter, not only unprofessional but hurtful, and can only hope he revisits his Hippocratic oath. 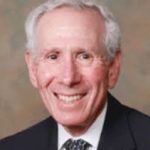