This is an archive of a consumer complaint published against Dr. Gilbert Moran at DirtyScam.com-

This review is for the staff only and not Dr. Gilbert Moran himself.He is an amazing doctor and Ive been a patient for years and so have my mom and sister.Dr. Gilbert Moran delivered my son in last year and everything went perfect.During my whole entire first pregnancy I had so many problems with the staff..they always tried to get me to pay for procedures that were never performed and would call me all the time trying to get me to make payments.When I asked what the payments were for they said “Were not too sure but if you dont pay this bill you wont be able to be seen your next appointment.When I would go to my OB appointments to check in the girl at the front desk told me I needed to make a payment (which I didnt) and then really told me “Every time you come in you never want to pay.This was toward the end of my pregnancy and I talked to the manager about it and she was extremely rude to me, made me cry and even she still couldnt tell me what these payments were for.I walked out and told them Im not paying for something if they dont know what it is exactly.I stopped going to the office for almost two years and started going to a different OBGYN office which was OK but not who I want to deliver my future children.My husband and I are now expecting our second child (9 weeks) and I was actually willing to put up with the staff just because I love Dr. Moran so much. Ive been bending over backwards to try and make an appointment there and the ladies in the office are making it as hard as possible on me just to be seen..the office manager in particular (Trixy.)I had called her a couple weeks ago and before I told her who I was I asked if they take my insurance..they didnt so I switched it to an insurance that they do take.When I told her I switched it she then told me they only take so many people and theyd call me and let me know..I never got a call.Then I called back and she told me I need to fax over my info (Name, DOB, insurance number and how far along I am) I did that too and she told me someone else in the office is in charge of that and they wont be able to look at it for a few more days.How hard is it to pick up the phone to call and verify my insurance? Isnt that what most medical offices do? I even told them Ive been having a lot of pain and I feel like something isnt right and they told me its been busy and I wont be able to be seen for awhile.I wish Dr. Moran would see how rude and unprofessional his staff really are.I know Im not the only one that has had multiple problems because Ive heard it from at least 10 other moms too.After going through so much just to make an appointment I finally give up. I will be finding a new OB office asap.Update: I found a new OB office today and I gave them my new patient information over the phone, the receptionist verified my insurance in less than a minute and has me down for an appt on Monday first thing in the morning.She was extremely nice to me and very professional. 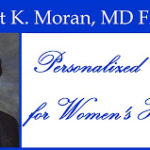