This is an archive of a consumer complaint published against Dr. Griffin Lindysue at DirtyScam.com-

I would definitely not recommend Dr. Griffin Lindysue. Her office manager is especially tricky, not friendly and not trustworthy. He told me he talked to the insurance company and I would be covered for the services I inquired for.He mentioned that there might be a very slight chance they would not pay but insurance said they would pay anyway.They asked me to sign some stuff and a few months later I received a large bill from the provider.I talked to the insurance company and they told me the provider made me sign a waiver and they were NOT supposed to do that.They needed to follow in-network rules of the insurance and they didn`t.They abused my trust and I sent a second level appeal to the insurance company to take them out of network. Don`t trust them and even don`t work with them.. 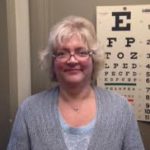