This is an archive of a consumer complaint published against Dr. Hamby Dennis at DirtyScam.com-

Ok, so normally I would never bother writing a review about a Dr. Hamby Dennis as I have never had an experience worthy of mentioning.Until now that is. After a simple bout of gastritis which was cured by two weeks of over the counter meds my primary Doc sent me to see this guy for a follow up.This guy was guaranteed in another zip code while I was with him.He then mentioned a couple of exams that were crazy out of the norm for a 43 year old guy who just had his first bout of gastritis.When I asked him if he thought they were nescesary he said..well..I gotta offer them to everyone..its up to you if you want them. I answered.Well youre the Doctor, what do you think I should do? Same answer.I gotta offer them to everyone.its up to you if you want them. What a huge help!Long story longer, I set dates for the exams but later cancelled.Then I received this letter saying that he was withdrawing his professional attendance upon me because I have failed to comply with his medical advice.Adding that failing to comply with his advice puts me at a “very high risk.A) Never gave me any advice at all.B) Completley unable to communicate with a real person.C) Couldnt rewind his own mini cassette recorder and had to call his nurse in the room to do it for him.D) Is 75 years old and regardless of the experience he has aquired should most definitley call it a career.E) Has no right to use the term “Very high risk when he neither examined me or even talked to me.He may have been a good Doctor in his day and Im not saying that after 40 years he doesnt have experience, but if you cant operate a mini cassette recorder, communicate with a patient or actually give some advice, then its time to take your hard earned dollars and spend them traveling the world because you are no longer contributing to the medical community in a positive way. 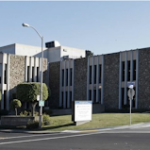