I had an extremely good experience with Dr.Hedieh Arbabzadeh during my two consultations and all the way up until after my breast augmentation surgery.The office staff was helpful and accommodating. However, 3 weeks post op I noticed a line across my left breast and called.I was seen by the doctors office coordinator and assured my “muscle hadnt relaxed  the issue continued and became more noticeable and did not go away.I had well over 5 appts to talk about this issue and to hopefully give me peace of mind that it would go away.. it did not.I did 520CC silicone implants, extra high profile, insuring I would have fullness on the top of my breasts. which I have absolutely no fullness on top.My left implant has bottomed out, and I am completely unsymmetrical.I ended up getting a second opinion in LA where I was told that indeed my left implant had bottomed out.My left side is a minimum of 75CC smaller than my right which the doctor refused to do different size implants to make them symmetrical.When I went back after having a second opinion the doctor literally yelled at me saying that its my prerogative to have a second opinion and that I cannot make her correct the issue and that no matter what I do I will not be happy because thats just how my body is.Prior to surgery I was a AA, so I was very disappointed in the lack of customer service and care I received once I had an issue, especially since I had such a good experience from consultation to the surgery.She also refused to give me any sort of partial refund. I am now having to pay $12k to have her botched job corrected.I know well over 10 people who have told me that they had similar experiences with this doctor as well. 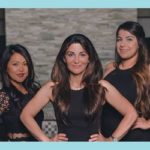