This is an archive of a consumer complaint published against Dr. Heidi Wittenberg at DirtyScam.com-

I had a horrible experience with Dr. Heidi Wittenberg. After two years of having HPV, the results of a pap smear showed that the cells were no longer normal.I dont understand the disease entirely, but usually it resolves itself within two years but in the worst case it can result in cervical cancer.I was obviously not happy that it hadnt cleared up and had, in fact, gotten worse.During my first visit Dr, Wittenberg did a small biopsy.She also drew a picture of a scale with cancer on one end and totally fine on the other.She told me I was at the totally fine end of the scale.Then I got a call that the biopsy didnt look good and that I would have to come in for a LEEP procedure, one in which they use an electrified wire to cut off the end of your cervix and hopefully any potential cancer with it.So I wasnt happy about my health and I wasnt happy about having the end of my cervix cut off, but I dont blame the doctor for that.I dont even blame her that she cut a blood vessel  I mean, when youre cutting into someones flesh, it can happen.I do blame her for how she handed the “bleeder as she called it.Basically, I was in the stirrups for two hours as she struggled to stop the bleeding.She did not have the proper needles or thread in her office to put a stitch in to close it.Its an effing gynecologists office! They should probably have some vagina-specific needles on hand!She called all of the other medical staff into the office.I had four women all crouched over peering into my vagina coaching each other on how to get the stitch in. “Try a back hand stitch with your left hand.She asked someone to get something from the pharmacy downstairs.She never told me what it was, but I think it was a topical sealant type thing.She asked for one brand/medication, then another.The nurse or whoever called down, said they had a third type.”Yes! she said, cutting the nurse off. It seemed that she thought she was being funny by sounding so urgent and not listening to the nurse describe the medication.Maybe she already knew what the nurse was saying, but I didnt think it was funny.She also said, twice, in a super cute voice, “you scared me! Like ha ha!Actually, doctor, you didnt scare me, but I was incredibly uncomfortable and baffled by your pretty ridiculous professional behavior.During this appointment, that scale with me way down at the ‘no cancer end was totally out the window.She told me that it was unusual for there to be a blood vessel there, so she thought that there might be some kind of growth (cancer) going on.I laid there for two hours with a crowd of strange women peering in my vagina, crying and thinking about how I would probably have to have a hysterectomy.Then, know what? After she got the bleeding to stop with what ever medicine she got, she ripped out the speculum which by this time had all of my pubic hair stuck to it with dried blood. I dont expect spa treatment at the gynecologist, but really, a little consideration.Im sorry this isnt better, but I just wanted to share my story.Maybe what happened with me is unusual, but any doctor should be prepared for things like this which might come up during a routine procedure.I couldnt believe how unprepared she was. 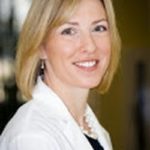