This is an archive of a consumer complaint published against Dr. Hoylond Hong at DirtyScam.com-

Had the worst experience with Dr. Hoylond Hong and his office  absolutely advice you to find an alternative given they were no help in any way, ended up costing me money that should have been covered by insurance do to how they bill and took up significant time and effort resulting in nothing but a bill.First appointment I was left in waiting room for 90 minutes, then another 30 in the room before speaking to anyone.Dr Hong was to have RXs called in that day. I checked with my pharmacy repeatedly and left voicemails  took them 2 weeks to call them in.When I asked what the delay was “I forgot, sorry!Dr Hongs office was also supposed to contact my insurance to get approval on a MRI as he wanted to get that asap to help determine the course of action.After a week I contacted the office to see how it was going, they said they would call me back.Nope. So at 2 weeks I called again, was told again they would call me back. At week 3 I called again and they said they were waiting to hear from my insurance  I called my provider and they said they had not been contacted yet.In the end it took them 5 weeks to even contact my insurance! And then, they called me to tell me it was declined.So I contacted my insurance company to understand why and it turns out that Dr Hong had ordered the MRI for the incorrect reason, that is why it was declined.When I contacted Dr Hong I was told I would have to come back into the office to get re-examined in order to order the correct test  even though nothing had changed  but he couldnt get me in for another 6 weeks.When I asked why he needed to see me again, cant he just correct the order, I was told that is the way it is.Lastly, they submitted the wrong codes for my appointment, so insurance wont cover any of it.Ridiculous waste of money and time with absolutely no results. Horrible 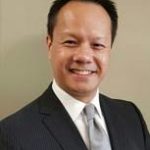