This is an archive of a consumer complaint published against Dr. Hoyman Hong at DirtyScam.com-

Dr. Hoyman Hong seemed like he was great, in the beginning. I went to see him for severe sciatic pain, piriformis pain, and bulging discs, upon the recommendation of my orthopedist.Now I think that he just doesnt care about his patients.The first thing he did was write a ton of prescriptions, which I wasnt excited about, and didnt end up taking  all they do is mask the pain vs. fix the problem.I had two cortisone injections (done by Dr. Hong) which didnt work and an in office local injections into my piriformis, which was extremely painful, over a period of a couple of months.He continued to have me come into the office every couple of weeks, and I wasnt getting any better.After the injections failed to work, Dr. Hong suggested that I have some ART done, which I did, but it also failed to work.At this point, and getting desperate, I felt like I needed to take some things into my own hands. I tried rolfing, traction and continued going to my chiropractor.I called Dr. Hongs office after a few weeks to talk to him about my care. After 3 messages, and the last one being very nasty, he finally returned my phone call.We spoke about getting extra benefits for traction to be done by a physical therapist.He said he needed to write a letter, and that he would email me. Its been a monthI have called and emailed, and I STILL dont have the letter.I finally sent a nasty email letting him know my thoughts, and got no response.For a pain management doctor, he certainly doesnt care that his patients are in pain.I wouldnt see him again and definitely DONT recommend him to anyone. 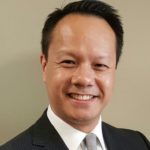