This is an archive of a consumer complaint published against Dr. James Garrick at DirtyScam.com-

ARGHHHHHH! I was not even scheduled to SEE Dr. James Garrick! I was scheduled to see Dr. Lewis, then RESCHEDULED to see Dr. Prieto (who seemed great according to other ) then I was baited and switched and ended up with this guy.Lookhe wasnt awful and didnt hurt me moreBUT I dont feel he really listened to me well. I didnt leave feeling 1oz better than I did when I got there.I went in to see him about pain in my knee caused by a specific incident in a class at the gym.Isolated, sharp pain- that occurs repeatedly with similar motions.I am not trying to self-diagnose but basically he told me there was nothing wrong, it was a fluke pain and now my leg needs to restrengthen around it.To which I replied- well are you saying my leg was weak before so thats why I got hurt? Because he compared the perceived strength I had in each leg and noted that my one was now “weaker- no shit Sherlock, Ive been laying off it considerably for 2 weeks of course its feeling weaker! Argh!So without even any next steps set forth beyond “work on strengthening that leg for the next 2 weeks and if it still hurts come back and Ill have been wrong  I am left with no real sense of security or feeling like someone had any conclusion for me whatsoever.I would have appreciated a “it could be this or “it could be that  and an “in 2 weeks if it still hurts heres what well do or re-examineBut no. He seemed pretty confident he was right and that its really nothing- I am not sure I even believe him and am probably going to get a second opinion. Dammit- I wish I had even seen the doctor I was SCHEDULED to see.And I DID note that to the front desk staff and asked WHY they sent someone else in to see me- the only reason I was given was that Dr. Prieto must have been very busy- WHAT?! SO?! you tell someone it will be a few minutes of waiting- you dont send in another doctor- thats rude.You just dont send another doctor in when one is busy without at least noting it to the patient.I had high hopes for this visit- really wanted to feel like I know what the F was up with my knee. I am infinitely bummed at the moment.Few things really make me cry hard- this experience had me leaving the office in angry, upset, frustrated tears. 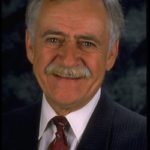