This is an archive of a consumer complaint published against Dr. Jared Williams at DirtyScam.com-

In August 2018, I called the Family Care Centers Dr. Jared Williamss office) to schedule an appointment for a physical exam.My medical insurance through my employer allows me to have one free physical exam annually.So when I called, the receptionist took my information and INFORMED me that I will be coming in for a physical exam.My physical went as expected. A few weeks later, I received a bill from the Family Care Centers for $160!I called the office manager, Peggy, and (after multiple attempts) was told that I did not come in for a physical but instead it was a “meeting with the Doctor (which apparently you can be charged for).Now theres pretty much nothing that I can do. I guess they can bill me however they feel like and SCAM me!I will never come back to Dr. Williams. I suggest people stay away unless they want to be RIPPED OFF 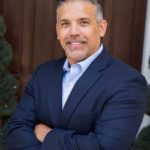