This is an archive of a consumer complaint published against Dr. Jeffrey Gutman at DirtyScam.com-

After a mammogram showed an abnormality I was referred to Dr. Jeffrey Gutman for a surgical biopsy.When making the appointment I was told by staff that I didnt need to fast or any other prep, that I would only need a local anesthetic and that the procedure would be done on site.When I arrived for the appointment, I was told that Dr. Gutman was “stuck in surgery and could I return the following day? I wish they had called me since I drove 20 miles to get there, but O. K. these things happen.The next day, to my surprise, the visit was only a consultation. Dr. Gutman seemed very nice and asked the requisite questions.He said that the surgery would be “very minor but none the less, I would have to check into the hospital and have a general anesthetic.The appointment was set for the following week at Good Samaritan Hospital.A couple of days before the procedure I was contacted By Dr. Gutmans staff and told that I would have to go to another location to have a wire inserted into my breast and the be driven to the hospital to be admitted for the remainder of the surgery.This sounded nuts. I dont know why Dr. Gutman didnt mention it first but I felt under the gun so I went along with it.Later that day I was contacted by Good Sam and told how much would be my portion of the payment (I have and expensive PPO).It seemed exorbitantly high and they neither knew how much the anesthesiologist would charge nor the surgeons fee nor the bill for the first facility.It seemed that it would add up to be in the thousands. And this is for a “very minor procedure.This was my snapping point. Throughout all this the story had changed so many times that I had incrementally lost trust in the doctor and the hospital.They are capitalizing on patients fear of cancer by gouging them.And the very idea of having the first part of your surgery at one location and then being transported to another location for the second half  well, I cancelled it.Now I have to start all over and find a doctor to do a J wire surgical breast biopsy for a reasonable price. Or take my chances with the cancer. 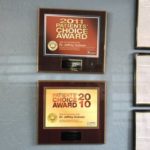