This is an archive of a consumer complaint published against Dr. Jerina Kapoor at DirtyScam.com-

Forgive me if this sounds more like a rant. This is my first time writing a negative review and if I could I would give Dr. Jerina Kapoor who is part of Pediatric Associates less than one star.My daughter was born in July and was diagnosed with jaundice, which is common with many newborns.We originally went to see Dr. Peter Contini and I can comfortably say he is quite knowledgeable and most likely a good pediatrician.He sent us to Good Samaritan to obtain a blood test and advised us to have our baby admitted when the results came in.The day we went to see him, he had to leave for an out of town trip to New York and left our childs care in Dr. Jerina Kapoors hands.One thing we were clear on expressing with the hospital staff was that we wanted to be consulted first hand prior to any tests being ordered as our baby was already traumatized from being ill and having had multiple blood tests done.With a newborn, blood is drawn via a heel stick where they prick the heel and use a sharp edged vial to scoop drops of blood until its full while squeezing the infants heel.We spent three nights in the hospital while they kept our daughter in the UV light box to reduce her bilirubin count. Dr. Kapoor ordered a hearing test on the second day.We turned that test down as they didnt consult with us first.The doctor ordered a second panel of tests unrelated to her jaundice AND these tests had already been done prior to admitting.They just failed to add them to the file.The third morning another round of blood tests also unrelated to the jaundice was ordered by Dr. Kapoor.When the phlebotomist came to our room, she informed us that there was no way she could draw that much blood out of such a tiny baby.At that point, we were upset and requested to speak with the doctor.The head nurse sympathized with us and told us she had informed Dr. Kapoor of our request to be consulted with before administering any tests.Dr. Kapoor called our room and inquired what the issue was and that all the tests were related to our babys jaundice.According to the lab tech, it wasntand what did a hearing test have to do with jaundice? The doctor became hostile and stated she would bring in child protective services if we did not comply with treatment.There was never an issue with refusing treatment and if the doctor had bothered to stop talking and listening to only what was going in her head, shed understand that we were only asking to be consulted beforehand on any tests and that anything at that point not related to the jaundice issue not be done at that point.It makes me more than leery now to ever bring my child to a hospital or doctor for treatment.These physicians take it upon themselves to order a battery of tests which are often unnecessary and extremely costly.Somewhere along the way, I believe this doctor let her ego get in the way and stopped listening to the concerns of the parents of these patients.I waited six months before writing this review in hopes that I could reflect on the situation and possibly see it in a different light.Even with a half year gone by, Im still disgusted with the way everything was handled.We found a wonderful family practitioner closer to home thankfully and left Pediatric Associates.Stay tuned for a positive doctor review for Dr. Bob Nishime of Japantown Medical Group. 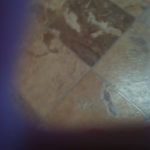