This is an archive of a consumer complaint published against Dr. Johal Dharampal at DirtyScam.com-

My mom went to Dr. Johal Dharampal for several years. He had her on several medications and she weighs only 92 pounds and she is 90 years old.Last year, she started hallucinating, not wanting to eat, ended up at the hospital and almost died.When I spoke to the doctor (after repeated attempts), he said she was old and needed to be put in a home.I did not accept his recommendation, and had her brought to an after care facility (Horizon Healthcare) and they took her off all of the medications including two anti-depressants that he had her taking and started fresh.We found a new doctor and she was able to go back to her home.Now she sees dr. Johal at the hospital that she volunteers once a week and smiles at him when he walks by Bottom line, check the medications that your elderly parents take and just because someone is a doctor does not mean that they are credible. 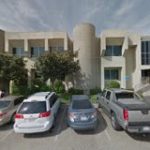