This is an archive of a consumer complaint published against Dr. John Long at DirtyScam.com-

I would have given no stars if possible but that was not a choice. My 78 year old mother called me frantic yesterday.Her scan showed 90 % blockage in her carotid artery and the nurse ( for her regular doctor) when delivering this news asked if she was sitting down.She then proceeded to insinuate that my mother could drop dead any second and to go se a Dr. John Long an expert who only dealt with carotid arteries.Not knowing what to expect she called to let me know what was happening.She said she would call me after her 2:00 pm appointment.She had never met Dr Long and felt terrified by the time she arrived in his office.When she was called into the examining room she was surprised that an assistant was the one doing a quick scan and telling my mom there was nothing to worry about she was fine.My mom understandably wanted to hear this from a doctor and to ask more questions about that 90 % blockage and why she was okay.Instead of getting Dr Long she got another assistant who told her the same thing.Was she not clear? Dr Long could not spare 2 minutes to talk to her? She was told to wait and waited 20 min in the examining room.Now we have all been kept waiting in a Dr office waiting room but there is an understanding and an expectation that once you get called to an exam room that its your turn to be seen.20 min waiting in an exam room is a lot different. It feels much longer.My mom waited there for 20 min and then started leaving the office.Dr Long saw her leaving and stopped to talk to her. Instead of apologizing for keeping her waiting she was told 20 min was not long to wait, that he didnt see her to save her time as he was too busy to see her because he was with these patients that came from out of the country to see him, that everything was fine ( presumably since everything was fine there was no work for him and therefore my mom was not worth 2 min of his precious time).When my mother tried to explain that her doctor had been very concerned he asked her,  Are you blind in one eye? Are you having a stroke? No? You are fine WTF? She has to go blind and have a stroke before he will bother to be concerned? What the hell kind of assurance is that? He then asked her if she had ever been pregnant.Relevance? And said,  Its the same thing. WTF?? All delivered with this patronizing attitude as if he were explaining this to a chimp.Not understanding and not insulted and infuriated he has the gall to tell her dismissively see you at your annual exam. Yeah when pigs fly.What really infuriated my mom was not the 20 min wait but Dr Longs condescending smile and patronizing attitude, as if he had every right to pass her off because he was too busy to bother talking to her and she was just too old and dim witted to realize she was in the wrong.Let me tell you Dr Long on med degrees and short on degrees in common courtesy—not all healing is done, as you seem to believe, with a scalpel and a pill.This dim wit in your office had dedicated her whole life working as a registered nurse for the City of San Francisco working the tenderloin district.Her clients included everyone from pregnant teenagers who she taught to care for their new borns and AIDS patients who were home bound and needed my mom to do home visits.Even during the time when people were terrified of AIDs my mother would accept that tea offered her by her AIDS patients believing she was fine and not wanting to hurt or offend her patients who were feeling isolated scared and lonely.I hope Dr Long you dont ever come down with something unexpected and end up on someones examine table as arrogant and insensitive as you. 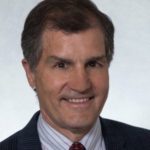