This is an archive of a consumer complaint published against Dr. Joseph Walters at DirtyScam.com-

I made an appointment and went to Dr. Joseph Walterss office. But the girl at front desk told me she saw my information as a new patient in the system but there is no appointment record at all.She said I must had canceled this appointment, or somebody canceled for me.I certainly know that I didnt cancel it, neither nobody else would cancel it.I was so disappointed because: 1. I really need to see the doctor, but after waiting so long, I wasted my time and has to reschedule;2. the girl at front desk said I canceled the appointment without admitting that the person who answered my phone didnt put down my appointment.This is so irresponsible; 3. she was trying to cover this without even telling anyone else or asking the doctor if there is anything they can do to help.I want to see this doctor because of good reviews, but now I am so disappointed with the service. 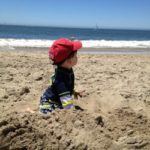