This is an archive of a consumer complaint published against Dr. Josephine Pham at DirtyScam.com-

I have been wanting to write this review for a while. The reason I gave Dr. Josephine Pham and her staff a 1 star review is because of the improper way I was treated.I had been going to Dr. Pham for years and I thought that the doctor was good but her front office staff was very unprofessional.I had a monthly prescription that I would call in to my pharmacy.I went to pick up my prescription for my hormones on a Saturday and I was told that the doctor did not authorize a refill, and this was surprising since nobody from the doctors office called me to tell me that.I called the doctors office on Monday and they said that I needed a mammogram which I scheduled immediately and called them back and said I was set for an appt and can I get my prescription and they told me the doctor was busy and they would get back to me.By Tuesday I had not heard back and not having my pills for 3 days causes break through bleeding and I told the office staff I needed my prescription right away and again they said they would see what they could do.By the end of Tuesday, I called and was very irritated but tried to stay calm with her staff and I told them that I could have bleeding if I did not take my pills soon and they told me to go to the ER (thinking to myself. OMG  really!Just give me my prescription because these are just hormones not a controlled substance) but again, I tried to remain calm with her staff.By Wednesday the doctor refilled my prescription and then called me to say that she was removing me as a patient because I was rude to her staff.PLEASE BE WARNED THAT THIS IS NOT ETHICAL WHAT THIS DOCTOR DID BY NOT STANDING BY HER PATIENT!Kinda a blessing in disguise because my new doctor responds to me the same day and is very attentive and so is her staff. 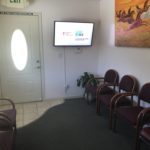