This is an archive of a consumer complaint published against Dr. Kassir Ramtin at DirtyScam.com-

It was not a day decision. I researched a lot before finalizing Dr. Kassir Ramtin for my nose surgery. He is a popular doctor on Instagram and his posts are beyond excellent. He knows how to lure people into believing his shit. He isnt a perfectionist. I really did not like what he did to my nose. Not just the crooked looks, but the pain and agony I went through after the surgery was unbearable. He is called surgeon to the reality stars. What else one could have asked for when finding a doctor with live results.However, this did not turn out the way I wanted it to be. I talked to dr Kassir before the surgery and informed him that I was only looking for some changes. I wanted a smaller nose with tip revision. All I wanted a delicate nose. He said that it was completely possible.I was such a fool to believe everything he said. There were so many indications that the guy was a fraud, but I couldnt make out. When I asked for a date for surgery few days later, he said that the dates arent available before 7 months. That was a long period. I needed to make it fast as I really wanted it.So, I asked if there would anything, he could do to expedite the surgery process. He told me that he would inform me if there would be any cancellation. I was not even out of the clinic that I got a call from his office. The lady told me that there was a cancellation few seconds back and I was the first one getting the call. If I did not take the date for tomorrow itself, I will have to wait for 7 months.She said that there are other patients ready to confirm. So, I right away paid some advance amount and booked the date for the next day. I arrived for the surgery at the right time. I had to wait for 45 minutes but that was okay. I got my blood reports and everything as he asked me to.After the surgery, I found that the area around the nose and nose itself was bruised and swollen. I was even unable to breathe with my right nostril. So, I checked with the doctor when still in the clinic. Doctor told me that the healing will take some time and breathing will be back to normal after the swelling is gone.There was something I felt inside my nose. It felt like a cartilage or something inside my nose around the stiches. He did not bother to give it a look even. So, I returned home. After few months when nothing got better and after the swelling was gone my nose started looking crooked, I called him. I had to see him to know what was happening.It started becoming difficult to get his appointment. Even on the lucky days when he agreed to meet, I had to wait for nothing less than 2 hours to talk to him for 10 minutes. Every time I said I was not able to breathe, he said it would take some time.After a year, I decided to talk to him rigidly. I met him and told him how I looked. I showed him the changes to my nose and it looked ridiculous. I said that I was not able to breathe and showed him the cartilage inside the nose. He told me that I would require in-office procedure to clear the nose. I booked the appointment for the next day.It happened as planned. I did start to breathe a little but not entirely. However, the nose kept looking crooked. So, I asked for a reconstructive surgery. To this, he said that I had two options. Either I used makeup to hide the problem or he would inject filler in my nose for a charge.I was shocked at his will to cheat others. I had already paid him $10,000. And, all he did was ruined my appearance. I looked nice. Even with that wide nose, there was no problem with my appearance which he took away from me. I am not even the same person.This has been ongoing since one and a half year and I am consistently meeting this guy for some resolution that suited both of us. But, he is an adamant guy. I have never seen such a person in my entire life. I found Dr. Kassir after looking for the best rhinoplasty surgeon nyc and this is what I got.Dr. Kassir is a scammer and a con artist. His entire clinic is a set up to entice people into getting good looks which is impossible with his hands. This guy has the nerve to stab you and ask for money to treat you.My insurance also did not cover the surgery and I had to pay on my own. I am a mother and I work full time. I cannot take off from my office every week to meet this doctor for nothing. He is not at all concerned about anything that is happening to his patients. I consider him a nuisance in this city.I am not sure how he has earned such a great online reputation. For me, he is a naïve doctor. I would not even like to call him a doctor. He is a fraud. 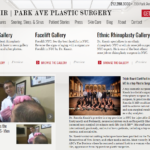