This is an archive of a consumer complaint published against Dr. Kenneth Blumenfeld at DirtyScam.com-

I went to Dr. Kenneth Blumenfeld for a second opinion after an orthopedic surgeon (Dr. Okumu) diagnosed me with a herniated disc.He was late, and spent what seemed to be about five minutes looking at my MRI. The last doctor had spent about 20 minutes.He asked me some questions, and then started in on me in a very nasty tone.He told me that it wasnt herniated, just “bulging, and that my symptoms werent even those of a disc problem.He was so nasty that my husband had to step in and defend me.When he said that the pain should be going down my arms, I explained that with this particular disc, C3/4, that isnt necessarily the case.He smoothly corrected himself, but insisted that the pain was in the wrong place.I wasnt sure about that, but when I went home and looked it up, it turned out he was wrong about that as well.He did a diagnostic exam on me, and sure enough there were issues.Rather than admit that he might have been wrong in his initial assessment, he just got very quiet and refused to say what any of this implied.A complete waste of $40, he knew less about my neck than I did, and I had to be subjected to nastiness to boot. 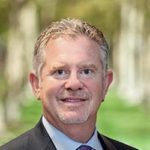