This is an archive of a consumer complaint published against Dr. Kenneth Phan at DirtyScam.com-

STAY AWAY! Ive been a patient of Dr. Kenneth Phans for awhile now and for the most part been pretty satisfied  I check in about once a year for annual  so nothing major to report about the past few years experiences.However, my most recent experience was so absolutely HORRID that I left his office and will never return.Id been having some obgyn chronic issues that were really affecting my quality of life, ability to work, and overall was pretty sick.I had to be admitted to an ER for emergency surgery for a severe ovarian cyst hemorrhage and abdominal bleed where I lost 1.5 liters of blood into my abdomen.It was the most painful experience of my life — far worse than natural labor. Id had 4 doses of delaudid via IV, and still no pain relief.So I was taken into emergency surgery to stop the bleeding and get everything under control.After my surgery which saved my life (thank you Kaiser Santa Clara), I decided to have a follow up with my OBGYN to make sure my issues were more closely monitored so an emergency surgery wouldnt be necessary again in the future. First Issue:I scheduled my post-op appointment, and waited two weeks to see Dr. Phan. Upon arriving at his office, I was told by the receptionist that I had no appointment scheduled  which is IMPOSSIBLE since I am so busy with my own business and working full time at Google that I LIVE out of my calendar.The front desk receptionist rudely argued with me that I never actually made an appointment (which of course I did!) and then referred to her “calendar which is a paper calendar with penciled in appointments.I mean SERIOUSLY?! This is 2017 and youre using PAPER and pencil.? No wonder they lost my appointment.So instead of being accommodating and having good business practices/ customer service (ie having me wait a bit and fitting me in) she got very snarky with me and told me I had to leave because I clearly did not make the appointment I know I made.So I asked if she could please get Dr. Phan, given I drove an HOUR to their office, I got out of bed (still in excruciating pain from surgery 2 weeks prior), and I had to be evaluated by someone asap to make sure my ovaries post surgery were fine and that I wouldnt be at risk of almost bleeding to death again.She got Dr. Phan and in front of an ENTIRE waiting room of about 8 people  he asked me what I wanted and I explained to him the situation, at which time the receptionist interrupted and corrected me that I had never had an appointment.Upon telling the Dr. that I had a surgery and this appointment was urgent and necessary, he scoffed at me, and asked me “well it was an elective surgery right?! in front of EVERYONE.First of all  how absolutely unprofessional to assume a woman who had a OBGYN surgery had opted for it, and second of all  how dare you ask that in front of everyone in a waiting room who have no business hearing about it.I was absolutely flabbergasted by the lack of professionalism, care or concern for patient confidentiality.When I responded that No  my surgery was a life saving emergency surgery where I almost BLED TO DEATH, the waiting room basically chuckled at the Dr. for being so rude.He then told me he had no availability and I had to go home. So I left  and I will never return.Second Issue  at an exam which was supposed to help rule out issues behind my chronic OBGYN issues, I had a series of routine testing done, and after 2 weeks got a phone call from the Doctors office that all my results were negative and clear.Upon reviewing the labs from Quest  I noticed Quest flagged one test as inconclusive because Dr. Phans office submitted the cleaning swab INSTEAD of the actual sample swab.So his office FLAT OUT LIED to me about my test results. I had the same test repeated at another office (took a new OBGYN at Stanford) and their test results came back negative too  but at least THIS time I knew they had done a simple lab test correctly.As I said before  STAY AWAY  totally unprofessional to speak to a patient who just almost died of internal bleeding with such disdain and compromise patient confidentiality in front of a waiting room of people, and totally unethical to LIE to a patient about test results. 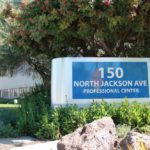