This is an archive of a consumer complaint published against Dr. Kevin Khai Tieu at DirtyScam.com-

So first off the wait SUCKS. I was never late to any of my appointments and it would legit take almost two hours to be seen for 5 mins.I was seeing Dr. Tieu since I was 6 weeks pregnant ( first pregnancy btw) I hated the wait but I Sucked it up because I get it Im not the only pregnant woman in the world and he has others In my head as long as hes a great doctor screw the wait ill get over it.This 1 star is about his staff and the care I received. First I met the doctor twice.1st time he popped in while his PA was doing an ultra sound for like 45 seconds.Second time he handled my ultra sound which I was very surprised since his PA was the only one Ive seen.We emailed a few times about medication I need but that was about it.I had a uti for over a month and was only treated because I went to the ER and clearly my results indicated that.I also went over past urine tests that were done at his office and those also indicted infection even tho I kept getting told I was fine but yet two hospitals confirmed the UTI when he finally decided to send my urine for a culture it came back clean because the hospital had given me antibiotics.. so yeah of course its gonna be clean.I also have lupus and it wasnt really talked much about no plan or anything my mom has had 6 miscarriages because of it and all I was told via email is were gonna check the babys heart when im further along which is fine and I understood but show some empathy a phone call about it to discuss would of been nice.I have hyperemesis gravidarum aka I throw up everything all the time all day and night I was in the ER every other night due to dehydration and all his office did was give me medications that I repeatedly told them is not doing anything it wasnt until a ER nurse bless his soul over at la Palma hospital who knew me and my husband by now because of how often I was there suggested at home care IV so I asked in an email about it to the doctor and he said we can do it Im all for advocating for myself but why am I suggesting a course of treatment? It sucked that no one mentioned this to me before.After the uti situation I sent an email basically explaining how Ive felt neglected as a patient about 4 days later I get a call from the doctor at like 8am basically attacking me for feeling the way I didI legit got off the phone and cried because he made me feel like I was being too hard of a patient which I dont feel like I was.Just because your office is over booking you doesnt mean the quality of care should sever change.Also tell me why anyone who isnt the same ethnicity as him and his office is always waiting the longest and have all had horrible care? I hate to play a racism card in 2019 and this is a doctors office but I did find this very odd.Some of us were there for the exact same reason as others but they were seen before us I legit asked someone what her appointment time was and it was after me yet she was in and out..I dont think hes a bad doctor I think he needs to stop taking any more patients and give everyone the same care I was really excited to have him deliver my baby from all the good reviews but I had to switch OBs I couldnt trust himIm sure ill get some crazy lengthy response from his office defending the care etc but I dont care maybe this will get them to realize some of the issues 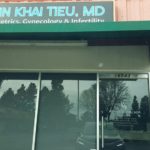