This is an archive of a consumer complaint published against Dr. Kimberly Henry at DirtyScam.com-

I never write bad reviews, but Dr. Kimberly Henry has caused me a life of pain so I feel compelled.when I was just 18 years old, Dr. Kimberly Henry performed a reconstructive breast augmentation on me to fix a congenital deformity/asymmetry.Prior to the surgery she did not discuss what size my breasts would be or what profile of implant I would have.I told her that I wanted the smallest sizes necessary to fix my asymmetry.I woke up from surgery with gigantic 32F breasts (I had been a 32B/C before and never imagined Id exceed a C/D).18 year old me was alright (not stoked) with the size increase, but the implants were clearly far bigger than my body anatomy would allow and I quickly developed capsular contraction within 6 months because my body could not handle the weight of the implants.1 year after the original surgery, she did a revision, this time placing silicon implants under the muscle and performing a benelli/circular breast lift and nipple reduction at the same time.She assured me that this would fix the issueWRONG. My scars around my nipple stretched within weeks of surgery since (a) I was a terrible candidate for a benelli lift (many surgeons have been appalled to find a surgeon would suggest that procedure given my skin type and poor elasticity), (b) the implants were still far too large for my delicate skin/frame, and (c) she used a surgical tape to support the wounds that I was clearly allergic too and she recommended I keep using regardless.She tried to make me feel ok about my terribly scared nipples and quickly contracting breasts, but after 2 surgeries and 3 years with her breast implants, my health and self esteem were so terrible that I needed to seek medical and psychiatric treatment. I also wisened up and found better surgeons!Fast forward 5 years and 2 more surgeries from other plastic surgeons (in 2010 by Dr Damore and 2012 by Dr Mark Berman  both surgeons I highly recommend, especially Dr Berman in LA and his pocket protector)to fix the mess Dr Henry made.In 2012 I received my final breast augmentation revision from a different surgeon and have been problem free with beautiful, proportionate, soft, healthy breasts ever since.The surgeons who fixed Dr Henrys botched jobs found so many issues when they opened me up  tons of unnecessary excess scaring, poorly placed pockets, oversized implants, rampant staph infections (only occurred when she operated on me), terrible judgment about the proper placement of implants given my body and skin type and several other severe issues a well trained surgeon would never make.I hope that these issues I experienced can be explained by the fact that both Dr Henry and myself were young and inexperienced in 2006/2007.Not a day goes by that Im not affected by the unnecessary scaring and the pain caused by Dr Henrys poorly made pockets.I wish I hadnt been so naive and believed her false promises. You live, you learn.DO YOUR RESEARCH PEOPLE AND DONT LET THIS WOMEN BOTCH YOUR BOOBS! 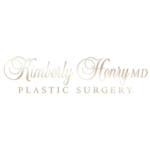