This is an archive of a consumer complaint published against Dr. Kjersti Kirkeby at DirtyScam.com-

I have just hung up from calling Dr. Kjersti Kirkebys office. in 30 years living in S.F. and seeing medical professionals here, I have never had a conversation like I just had.I dont know if Dr. Kirkeby is trying to ruin her practice or just has no idea what her receptionist is saying — but it was unbelievable.I called because I have hypothyroidism, I have just received my blood tests back giving me the stats, and my internist for the last 20+ years, who is at CPMC on Calif.Suggested that I make an appointment with an endocrinologist  -and Dr. Kirkeby was one of the names he gave me.She is young and is accepting new patients. So — I phoned the office and asked to make an appointment.I was told no, I cannot make an appointment, until I fax my medical records for “review.I said the name of the doctor who had referred me — couldnt he send the records? No. Well — maybe.But Dr. Kirkeby is on vacaction until early August. Okay, so can we make an appt? No — because Id have to send insurance info and other info, too.I said I had just been on the phone yesterday with the office of a doctor who is rgarded as one of the best in the country — and nothing like this was asked of me.Well, thats the procedure. I said surely, if the first available appt is in August, I can make an appt now and then send the info later — we KNOW that I have hypothyroidism, I have the blood tests to prove it and so does my doctor — I KNOW I need to see an endocrinologist, not some other type of doctor.I dont see why we cant just make an appt? Wellher first opening is in September anyway.I thought you said August..? Well, no, Im looking. Nothing till Septemer.Okay — then we have plenty of time to review the records, no problem, lets make the appointment.WEll — no, thats just not how we do it, becaue if we made the appointment and then she reviewed your records wed have to cancel it and I finally just said “look, I was quite interested in seeing Dr. Kirkeby, but I have NEVER had a conversation like this with a doctors office in my entire life — I will make an appointment with someone else, thank you.I am HOPING that, if that is, indeed, Dr. Kirkebys office policy, she rethinks it — and that if it isnt, at the very least, she will hire a receptionist who is good at something other than throwing prospective patients face-first into a cold stone wall! 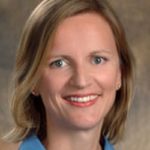